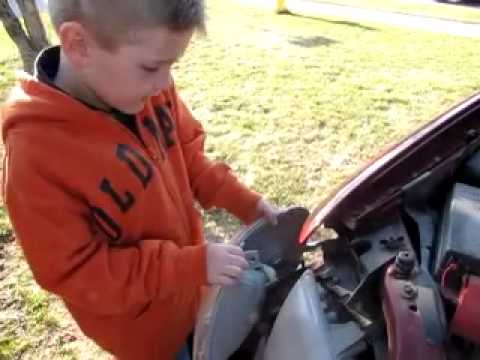 This is a list of the top 20 companies that experienced the largest change in insider shares in the last seven (7) days. The SEC defines an insider as any officer, director or 10% shareholder. It is not illegal for these people to buy or sell their own shares. In fact, since most of them get paid in stock options, it is expected. However, it is illegal for them to trade on inside information that has not been made public. So for example if there are drug trial results that are bad and not public, insiders cannot dump shares. That said, many people have observed that insiders - in general - seem to have a good track record at timing their purchases. All trades that are marked as part of a 10b5 plan are excluded from this report.

I've been doing as much DD as I can find about $PASO over the past couple of weeks before finally getting a substantial qty in at 0.12 . To date it's not really been a very exciting ride..but I'm holding out for Merger Catalyst News coming soon.
On April 17 they released a Corporate update assuring investors the Merger was still going through. https://finance.yahoo.com/news/patient-access-solutions-inc-shareholder-140010184.html
Then there was this Letter of Intent dated 5/29/2020
https://backend.otcmarkets.com/otcapi/company/financial-report/248195/content
what's essentially happening is that two major private healthcare companies (UST Global and SiriusIQ) are forming a Joint Venture, CLX Health, and then merging that venture with Patient Access Solution under the stock ticker $PASO. It is unclear whether UST Global and Sirius IQ's individual revenues will be merged under the PASO ticker and they will likely remain private companies, however, it is a huge deal that they are collaborating to form a publicly-traded company.
Update as of 06/29
https://pennystocks.news/patient-access-solutions-inc-merges-with-recognized-it-companies-and-approaches-deadline-paso/
As some of you know, there has been a question about whether UST Global and SiriusIQ were themselves going to be part of this reverse merger, or whether it was just their joint venture of CLX Health that would be merging. Previously, I was convinced that it was just going to be the latter. However, we have some new information that indicates that there is a high chance that UST Global will be part of the merger themselves.
UST Global has apparently been angling to go public for a while.
Intended to go public back in 2009: http://www.technoparktoday.com/technopark-company-ust-global-getting-ready-to-public/
Intended to go public back in 2009 (another article confirming the same): https://www.siliconindia.com/shownews/UST-Global-to-go-public-in-US-nid-43907-cid-100.html
They also recently (Feb 2020) told investors that they intended to proceed with an IPO: https://www.business-standard.com/article/companies/we-will-strengthen-our-board-bring-in-experts-before-ipo-ust-global-ceo-120021501233_1.html
This is big info because it lends strong evidence to the fact that UST Global may very well be using the $PASO ticker as a vehicle to finally go public. This is a multi-billion dollar company with over 25000 global employees, this should not be taken lightly.
This might perfectly explain why they are employing a huge private equity firm with $50 billion in assets under management to handle this reverse merger...
UST Global in particular had revenues in excess of $3 billion in 2018 and also raised capital at a valuation of over $1 billion a couple of years ago.
There is always the risk the merger won’t happen? This could obviously be the only major downside of holding this stock, that there is no good news before July 15th. However the volume people holding this stock indicates there’s a lot of excitement building in advance of any news. So keep your focus on this one for the next 2 weeks.
Emerging Reverse Merger catalyst, Plenty of DD on Twitter. There is a $PASO Discord. Looks like this could be a very big merger.
Merging into an existing ticker is a much cheaper process than proceeding with a full IPO as they had planned before, it makes sense that they would use this opportunity to do so.
Looks like lots of people buying and holding this stock..
Keep doing and posting your DD on this Stock! I see rockets everywhere 🚀🚀🚀🚀🚀🚀
I’m holding for price target of .20 cent conservatively on news merger, with a high PT of $1
Buying and Holding $PASO on July 15 Merger

These are the latest Schedule 13D forms filed by activist investors in the last 7 days. Activist investors are investors that make an investment with the intention of influencing management in some way. There is evidence that following activist investors into investments can generate excess returns. Schedule 13G forms, in contrast, are filed by significant investors with no intention of influencing management (such as Index funds).
There is always a lot of interest in insider trades, but what a lot of people probably don't realize is that hedge fund activity is probably more predictive of future returns than insider activity. The reason is that hedge funds (a) have large research budgets, and (b) have a choice where to put their money. In contract, insiders have no choice where to put their money, but only when to time their transactions.

This table lists new 13D filings in the last week. A new filing does not necessarily indicate a new position, as investors frequently accumulate in advance before reaching the filing threshold.

This table lists amended filings in the last week, and is useful for monitoring changes in existing investments or when a fund closes a position. I have eliminated all filings with less than a 5% change in ownership.
Source: Fintel.io/activists

​
Failure to extend Brexit talks ‘very risky’, say UK forwarders - Aircargonews reports that UK freight forwarder association BIFA has said that the government’s refusal to extend trade deal talks with the European Union is “very risky” given the coronavirus outbreak. BIFA said that even before the pandemic, there were concerns among BIFA members that the 11-month transition wouldn’t leave enough time to prepare for a potential no deal, with talks between the UK and the EU only getting back underway this week. Robert Keen, BIFA director general, said: “In light of the huge issues involved with a sharp change in trading conditions at the start of 2021, particularly if that were to coincide with another Covid-19 outbreak, we think an extension looks increasingly likely. “There has been little meaningful consultation with UK trade regarding the policies and procedures required in order to ensure that trade with the EU can continue relatively uninterrupted post December 31st 2020. “Trade deals are typically multi-year exercises, but in this case, the UK and EU realistically have until October to agree on terms, allowing time for ratification. And while formal talks are continuing, many of the civil service resources previously assigned to support negotiations have been reallocated to deal with the coronavirus emergency response.”
(Cont’d) Keen explained: “Having had their businesses knocked sideways by the virus, many of our members have furloughed staff whilst they work out how they can keep their businesses afloat. “It is unlikely that their companies and the clients they serve will have the capacity to increase readiness for a sharp change in trading conditions in 2021. “In light of those things and with very little information from government on when restrictions on key sectors of the economy are likely to be lifted, and the as yet unknown economic damage done to the sector and wider economy, BIFA members are in no position to respond to a second massive shock if there is significant change in the terms of trade with the EU at the end of the year, because the government has stuck to its guns over the transition period.” “We believe that refusing to even consider extending the transition period is very risky and together with a growing chorus of Brexit commentators, think an extension to the transition period remains likely, and it is really only a question of ‘when’.” The Loadstar has picked up the same story here.
​

​
I hope to publish them today, but being very honest it’s pretty unlikely and if I do get time it won’t be until late evening UK time (so around 10 hrs from now). I'd like to throw up the graphs for both infections and death rates for the four states that want to open because gut instinct tells me they haven't peaked yet so why they'd want to reopen is beyond my understanding.